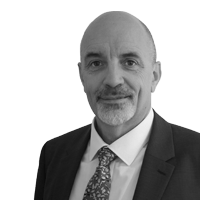 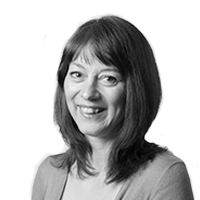 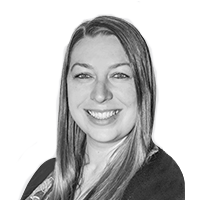 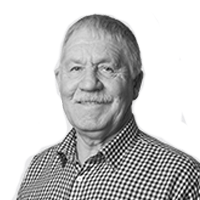 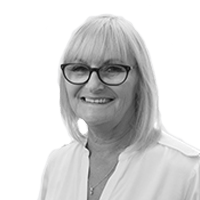 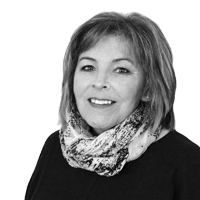 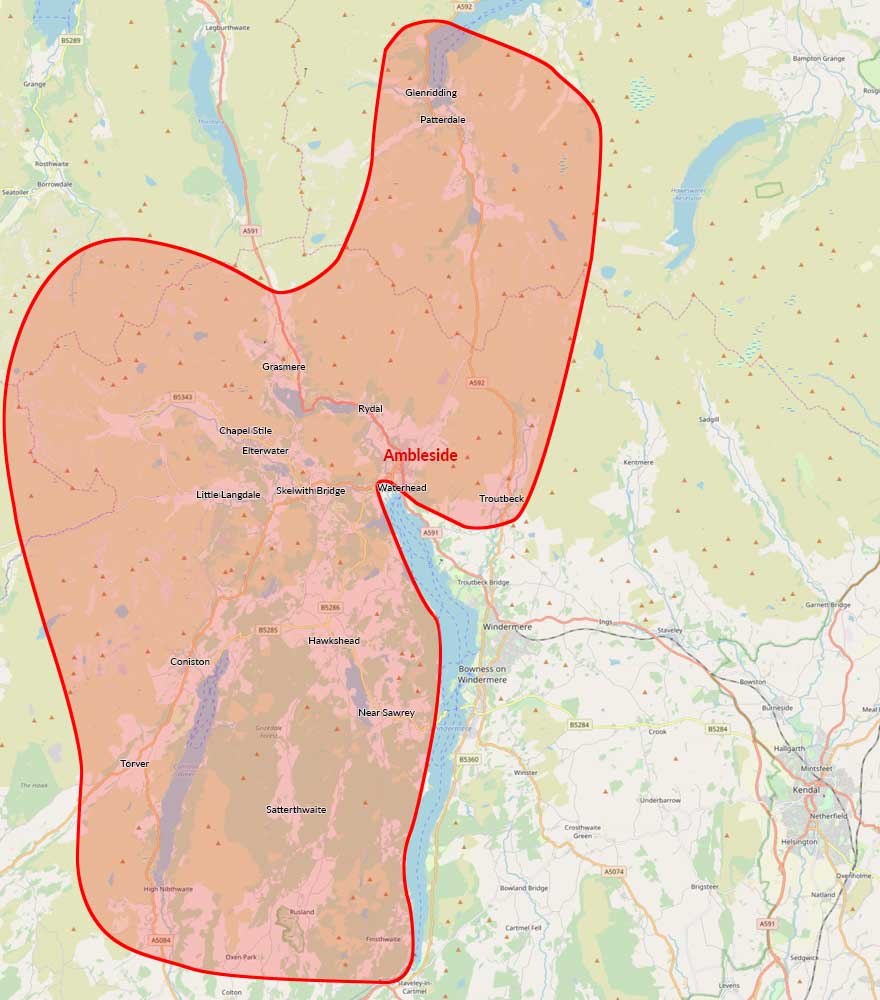 Ambleside, the towns name means “river-sand bank- summer pasture” and is every inch as idyllic as it sounds. Ambleside situated at the northern head of Windermere, and served by the passenger ferry at Waterhead and is surrounded on all sides by beautiful Lakeland scenery at very heart of the English Lake District National Park.  This busting little market town consequently enjoys a vibrant local community as well as an all year round tourist industry.

Whilst retaining its quaint Lakeland charm, Ambleside is served by a variety of highly regarded restaurants, cafes and traditional Lakeland inns selling locally brewed ale, a perhaps surprisingly wide selection of cinema screens and a splendid array of shops (Ambleside is probably the centre for outdoor clothing and equipment in Britain.)Just along from our office is the famous Bridge House, a Grade I listed building which was built over Stock Ghyll more than 300 years ago, probably as a summer house and apple store for Ambleside Hall. It was purchased by local people in 1926 and given to the National Trust.

Home to the University of Cumbria and having its own Primary School and Parish Church, there is plenty going on in Ambleside here at the centre of the Lake District National Park. The town also provides excellent access to the surrounding villages and of course the entire National Park. A quick glance at a map of the region suggests the town to be its central hub with a stunning variety of lakes radiating out from it like the spokes on a wheel.

In 1650 the town was granted a charter to hold a market and the town’s Market Place became the commercial centre for agriculture and the wool trade. The old packhorse trail between Ambleside and Grasmere was the main route between the two towns before the new turnpike road was completed in 1770. Smithy Brow at the end of the trail was where pack ponies were re-shod after their journey. With the coming of the turnpikes, the packhorse trains were superseded by horse-drawn stagecoaches, which regularly travelled between Keswick and Kendal via Ambleside.

William Wordsworth worked in Ambleside, as Distributor of Stamps for Westmorland, from 1813, while living at Rydal Mount in the nearby hamlet of Rydal. This government position induced Shelley to write a sonnet of mild reprimand, “To Wordsworth”, but it gave Wordsworth the financial security to pursue his poetry. In 1842, he became the Poet Laureate and resigned his office as Stamp Distributor.

Grasmere village and its sister hamlet Rydal are both picture post-card pretty, and share the same names as the lakes which  decorate the scene just north of Ambleside. Grasmere enjoys worldwide renown as the former home of the great romantic poet William Wordsworth whose grave is now a visitor attraction in the parish church, and visitors often combine their pilgrimage here with a treat from the famous Grasmere Ginger Bread Shop next door. The village offers a school and a variety of shops, cafes and traditional Lakeland inns and course immediate access to some of the most beautiful scenery around.

In the 1960’s Donald Campbells’ exploits trying to break the world water speed record achieved national acclaim, and there is a museum to commemorate that in the heart of the village. Coniston also has its fair share of literary connections, not least with Arthur Ransomes “Swallows and Amazons” famously having been set on the lake, whilst John Ruskin also had a magnificent home, Brantwood here. The entire area has attracted the great and the good from the literary world over the years. Coniston has its own micro- brewery, a variety of shops, pubs and a school and the lake enjoys an excellent reputation for water sports. The origins of the village lie with mining and quarrying, and there remains plenty of historical note to visit locally. Coniston grew as both a farming village and to serve local copper and slate mines. It grew in popularity as a tourist location during the Victorian era, thanks partially to the construction of a branch of the Furness railway, which opened to passenger traffic in 1859 and terminated at Coniston Railway Station. Although no longer in service, the route of the railway line and the station buildings remain clear to this day. The whole village was powered by hydroelectricity during the 1920s but this became so heavily taxed that the people there were forced to return to the national grid. Ironically, since 7 March 2007 a hydro-electric scheme has been in use to power up to 300 homes which sited near the original installation.

A lovely little hamlet positioned on The Rive Brathay which is a splendid spot for riverside walks, for example alongside the shore of Elterwater. With Chesters By The River and The Skelwith Bridge Hotel to return to this makes a superb family base for a holiday.

Situated in the stunning Langdale Valley, characterised by  the iconic Langdale Pikes and accessible to so many superb high fell routes, the valley is the epitome of the Lake District for many. The villages offer a small selection of shops, excellent Inns and a small school in Chapel Stile. John Ruskin attempted to set up a lace making industry here in Elterwater and artist Kurt Schwitters was a resident of Chapel Stile, where one of his Merzbarn project was created. Chapel Stile church has a lovely tradition where couples who choose to get married at the church are traditionally ‘tied in’ during the service. The local children tie up the church gates and the newlyweds are only released when coins (of small denomination) are tossed to the children.

Hawkshead is a picturesque village midway between the lakes of Windermere and Coniston was of course once home to Beatrix Potter and her former house at Hill Top is an international attraction. The township of Hawkshead was originally owned by the monks of Furness Abbey. The village grew to be an important wool market in medieval times and later as a market town after the dissolution of the monasteries in 1532. Hawkshead has lost none of its unique charm over the years and retains lovely little alley ways and a delightful selection of pubs, restaurants and shops. Linked with both Near and Far Sawrey (where there is a car ferry which crosses lake Winderemere), and Esthwaite Water where there is a lovely nature trail and fishery (which attracts Ospreys in the summer months), Hawkshead is the perhaps gentle face of the Lake District.

Ullswater is arguably the National Parks prettiest lake, a delightful ribbon of water stretching from Pooley Bridge in the north down to Patterdale in the south. The variety of villages along its shore and the surroundings include Glenridding, Patterdale, Watermillock, Pooley Bridge, Dacre and Matterdale End . Each unique in its appeal and character, but all sharing a delightfully relaxing atmosphere and charm. Although perhaps not considered in the same breath as the literary authors named above, Alfred Wainwrights pictoral guides to the Lake District are in themselves a work of art, and have provide an invaluable guide to those who visit the lakes to walk the high fells and experience the drama that this most beautiful part of England. Wainwright lived in Kendal, but his love of the Lake District has been passed on in these superbly presented volumes. His first was written, and indeed sold, at Patterdale on the shores of Ullswater, just a short journey over the dramatic Kirkstone Pass from Ambleside. Patterdale has a small school, and there are a small selection of shops at Glenridding, Patterdale and Pooley Bridge as well as a charming selection of Inns. The area is best known for its stunning scenery and of course beautiful walks, and whether a stroll around the lakeshore, along the banks of Aira Beck to Aira Force or up into the high mountains of the Helvellyn range is your idea of heaven, there is something here for everyone.

Located in the Grizedale Forest, between the lakes of Windermere and Coniston, the pretty village of Satterthwaite is superbly placed for access to all of the outdoor activities that the forest has to offer- mountain biking, hiking,  tree top adventures or simply watching the wildlife that inhabits the largest forest in the lake District national Park. The village has a lovely Public House and is a real hidden gem.

Located in the northern Lakes, Keswick is a real centre of importance in the district, with a thriving town centre with the widest selection of shops and facilities in the National Park and a resident population in the region of 5000. There is considerable evidence of prehistoric occupation of the Keswick area, but the first recorded mention of the town dates from the 13th century, when Edward I granted a charter for Keswick’s market, which has maintained a continuous 700-year existence. In Tudor times the town was an important mining area, and from the 18th century onwards it has increasingly been known as a holiday centre and tourism has been its principal industry for more than 150 years. Its features include the Moot hall; a modern theatre, the Theatre by the Lake and one of Britain’s oldest surviving cinemas, the Alhambra. Keswick became widely known for its association with the poets Samuel Taylor Coleridge and Robert Southey.Together with their fellow Lake Poet William Wordsworth based at Grasmere, 12 miles (19 km) away, they made the scenic beauty of the area widely known to readers in Britain and beyond. In the late 19th century and into the 20th, Keswick was the focus of several important initiatives by the growing conservation movement, often led by Hardwicke Rawnsley, vicar of the nearby Crosthwaite parish and co-founder of the National Trust, which has built up extensive holdings in the area.

The entire region is a real haven for those with a love of wilderness and beauty, whether that takes the form of braving Striding Edge on a cold winters morning, taking a relaxing stroll along the peaceful shores of Ullswater on a sunny summers afternoon or enjoying the serenity  of the Grizedale Forest as the leaves turn in Autumn. It is no surprise to find that tourists flock to the region all year round, yet there remains space for all and plenty of tranquillity to be found for those who want it.

Following the latest Government guidelines we are still able to carry out valuations and viewings.