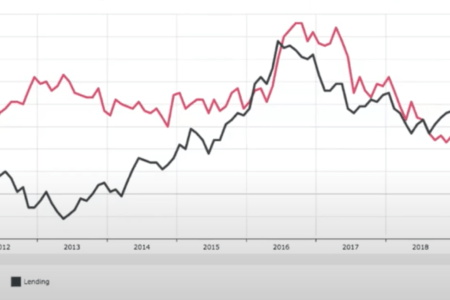 Quite a lot of comment is being made about the UK’s return to the “new normal”.

With that in mind, we thought we would share with you our views on what will influence that normal in the property world, both locally and nationally.

There is still a lot of doom and gloom being predicted despite “Happy Monday” (June 1st!) being just around the corner.

This is mainly down to the fact that the economic forecasters relate too much to the stock market, and not enough to the property market (which is actually what helps drive the economy!).

A recent insight by a ‘behavioural’ economist (in whom we have a little more faith than we do the doom mongering newspaper editors), gave us a rather different viewpoint.

In simple and understandable terms (for us anyway!), he outlined the facts of lockdown in monetary terms.

About 33% of the UK workforce is on Furlough or claiming Universal Credit, giving them on average 20% less income.

The rest of the UK households (with some exceptions) are generally in equilibrium.

However (!), apart from for food and basic essentials, all of those households have been restricted in their ability to spend money for over 2 months!! (again, with some exceptions eg Amazon sales up 25%).

If, (according to the economist), we add in the fact the Bank of England has been printing billions of pounds, there has been a huge surge in the money supply, and there has been no way to spend it – but that’s soon to change!

So, as lockdown is eased (to the ‘new normal’) perhaps as early as the beginning of July, there should be a real rush of money into the economy as people start to spend again!

According to the economist, since the 1950’s recessions have been caused primarily by the doubling of oil prices, followed by the increase in inflation, and the resulting increases in interest rates, (or in the case of the 2008 recession, the banking sector being in disarray!), which leads to everyone having to spend more to fill their cars, or keep up with mortgage payments etc.

The result is that people have less money than normal.

We are being told by some, that we face another long and possibly very large recession.

However, while we are on track for a small recession (technically “two successive quarters of fall in the economy”), unlike with recent recessions, it is not a drop in people’s income that is to blame, it is simply down to everyone being unable to spend their money!

Instead of choosing to be influenced by headline grabbing negativity, we have considered this realistic and thoughtful economic forecasting, and it has led us to have faith in the idea of there being a strong recovery in 2021.

The “new normal”, with peoples increased ability to spend, changes in work-life balance, and perhaps being able and willing to work from home, will benefit the property market, particularly in rural and semi-rural locations, as apposed to those previously recognised “commuter belts”.

We agree with the quote, “The increase in money supply always drives up property prices (albeit with a time delay)”, and hope the area will soon start to see the benefits of the increase, not only in terms of the housing market, but for the region’s various economies through the safe return to the new normal.

We are starting to see the arrival of the new normal with increases in enquires, and given the further slight easing of Lockdown (and providing there isn’t a second spike), we believe it will continue to build over the coming months.

On a practical note, we are pleased to say we have had to double the size of the team we have working remotely to cope with the increase in enquiries!

We are in the final stages of fine tuning our plans for reopening our offices safely, so that we can provide the high level of professionalism and care our company always strives to achieve, and we look forward to seeing you in person soon!